Wall assembly testing may seem like a daunting task for architects and contractors alike, but large test chambers, also known as test walls, make it easy to quantify how airtight and watertight a design will be once installed in the field. 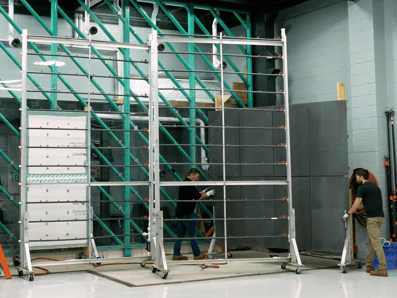 The process for air, water and structural testing typically begins with an architect, building owner or GC submitting a test request to a third-party facility. From there, the testing facility will construct a full-scale one- or two-story wall assembly per the given design specification and secured to the test wall. Predetermined settings are entered to control the output of the stresses on the sample. Massive multidirectional blowers can either pressurize or create a vacuum behind the specimen to measure air infiltration. Additionally, nozzles can spray water on the wall system and simulate significant rain and even hurricane events. The sample is then visually inspected and its reaction can be quantified through sensors and computer software.

Pressure is the continuous physical force exerted on or against an object by something in contact with it. Test walls measure pressure to predict how a wall system can handle stressors like storms, natural disasters or wind load, especially in the case of high-rise construction. 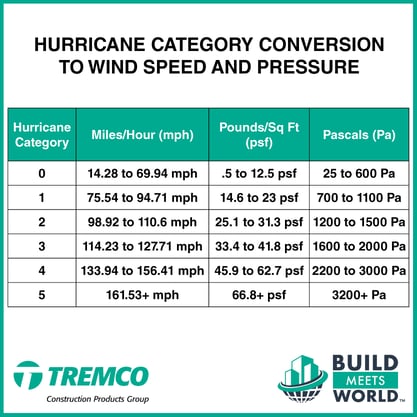 Pressure or force can be measured in different units, such as pounds per square foot or pascals. Wind speeds are generally measured in miles per hour, but that doesn’t directly translate to the force exerted on the building, as it doesn’t take into effect the surrounding elements that could increase (like a wind tunnel) or diffuse the pressure.

For building construction, specified design pressures are often used to set a level of performance desired for a building system to resist or exceed. Mathematical conversions between pressure, wind speed, and hurricane categories help anticipate the performance of a system under those conditions. The amount of pressure generated by the multidirectional blowers varies depending on which test method is being performed. Testing pressure starts at 25 pascals (Pa) and generally tapers off at 1200 Pa (.5 to 25 lb/sq ft).

The two most frequently run tests for airtightness are:

In combination with pressure tests, water can be introduced to analyze the watertightness of a system. Per ASTM, the test wall must have a water volume output of 5.0 U.S. gal/ft2· h, which is equivalent to 8 in.(20.32cm) of rainfall per hour. The two common tests for watertightness are:

These tests standardize the process for evaluating systems to see what designs, products and applications truly perform. Water must not penetrate the system in the specified timeframe, or the system fails per the test method. 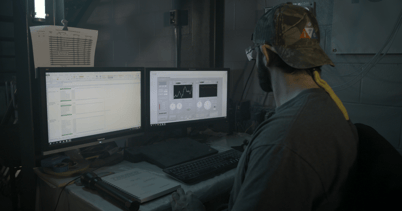 What Do the Test Results Tell Us?

After a wall has completed its testing, the design/build team involved can view the data for evidence of air and moisture infiltration and may even be able to see visible traces of water leakage on the system. It is not uncommon for wall systems to fail testing, but that is not necessarily a negative thing.

Quantitative and visual analysis can indicate the specific locations of failure and help identify any improper product application or flaws in the design itself. With this information, the team can revise their designs, sequencing instructions or material selection. This upfront testing can ultimately prevent costly damage and rework in the field. Imagine a defect in a window cavity detail that is then installed 100 times across an apartment complex. The water ingress could be catastrophic to both the owner and the building’s occupants.

Test walls, the testing chambers used for evaluating wall assemblies, are amazing pieces of equipment. The extreme forces and amount of water used to test an assembly can simulate and exceed the worst natural disasters in world history. Using a test wall for thorough evaluation of a system and adapting the design as needed can ensure the durability and longevity of a structure, offering peace of mind for all the parties involved. Combine this with onsite testing, and the architect, contractor and owner can be confident that the building envelope is air- and watertight, products are compatible, and that everything has been installed per manufacturer’s application instructions and up to, or even exceeding, building codes.

Phil Effler is the Building Science Laboratory Manager for Tremco Commercial Sealants and Waterproofing. He has a Bachelor of Science in Construction Engineering from The University of Akron and has extensive backgrounds in Material Testing, Fenestration, Residential and Commercial Construction and more.