The Myth of Cool Wall Technology

Building owners and designers often look for ways to reduce the energy costs of a structure. White roofing membranes are frequently used for this purpose because white reflects sunlight rather than absorbing it like darker colors. The term “cool wall technology” was initially coined by the vinyl siding industry and has since been adapted for EIFS and other cladding types.

Older vinyl siding products tended to warp when darker colors were chosen, but it was found that reducing the surface temperature by just a few degrees alleviated the problem. The EIFS industry was soon confronted with a demand for “cool wall technology,” thinking it might reduce cooling costs of a building. Some companies responded to well-intentioned requests from architects by promoting certain pigments or components, like ceramic beads, to provide heat reflection, regardless of the chosen color. 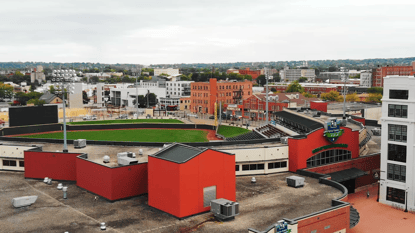 One study conducted by the Oak Ridge US National Laboratory cited that up to 21.9% reduction in cooling costs were possible, conveniently neglecting to mention that the test object was an uninsulated structure and that the cost reduction was mostly achieved through the white roof and the windows. Only 2% to 3% of the cost reduction stemmed from the walls, which were painted blue.  Blue was chosen as the test color since Cobalt Blue is a natural Infrared (IR) reflector while regular Phthalo Blue acts as an IR absorber.

While lower surface temperatures overall can contribute to lower cooling costs during the summer months on an un-insulated structure, these savings are offset by increased heating costs during the winter months. The effect is even smaller on vertical walls, since the impact angle of sunlight onto a surface is important when determining heat absorption and transfer. In the morning and evening hours, the sunlight lacks intensity, even though the impact angle is at its most critical (90°). During the mid-day hours, when the sunlight is most intense, the impact angle on the walls is very flat and while the roof is exposed, not a lot of heat is transferred into the wall assembly. Due to the nature of solar radiation exposure, IR reflecting roof coatings are a viable solution to reducing HVAC costs, but the same principle just does not apply to walls.

Despite scientific evidence to the contrary, cool wall technology offerings abound, including for paints containing ceramic particles. While ceramic tiles protected the space shuttle from overheating during re-entry into Earth’s atmosphere, the heat was caused mainly by friction, not sunlight (IR). 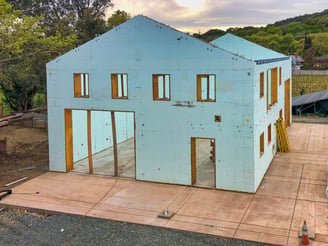 For the most significant cost and energy savings in wall assemblies, increasing the R-value of the structure’s insulation better regulates temperatures in extreme climates. Solutions such as Insulated Concrete Forms (ICFs) for structural walls or continuous insulation found in EIFS facades will have the greatest impact. Plus, EIFS have flexibility to match any aesthetic or building design. For details on how to specify EIFS, read our other blog on the 11-Step Process for Specifying EIFS. 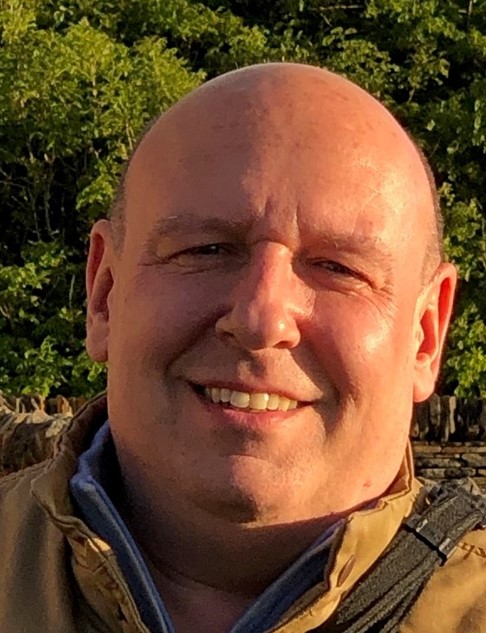 Philipp Kessler is the Quality Assurance & Color Technology Manager for Dryvit Systems, Inc. He lives in Providence, RI and was born and raised in Zurich, Switzerland. Philipp has a BS degree in chemistry and 35 years of experience in color technology.

What Is Thermal Bridging and What are its Effects on Building Performance?